The June 23, the United States Supreme Court issued its decision in a First Amendment student speech case marking the first time the Court has taken up the issue in over fifty years.  The case involved off-campus student speech taking place outside of school hours.   This case will have a lasting impact on a school’s ability to regulate off-campus speech. 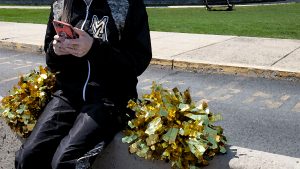 This case, Mahanoy Area School District v. B.L., arose after a high school freshman tried out for the varsity cheerleading team, but instead made the junior varsity team. That weekend, the student “B.L.” used her own cell phone to post two photos to her story on SnapChat.  The first image she posted was of her and a friend with middle fingers raised and captioned it “Fuck school fuck softball fuck cheer fuck everything.”  The second image she posted was blank but captioned “Love how me and [another student] get told we need a year of jv before we make varsity but tha[t] doesn’t matter to anyone else?”

The Supreme Court did not draw any bright lines on what off-campus speech is and is not protected by the First Amendment.  School districts will have to examine each situation as it presents itself to determine if off-campus student speech is afforded the protections of the First Amendment. We will be examining the Supreme Court’s decision in detail during our Annual School Law Summer Seminars. For more information and to register visit www.mickesotoole.com/sls21.